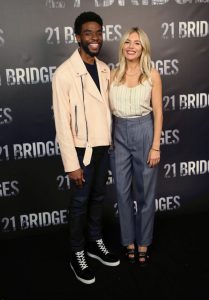 Tweet Pint it Share Chadwick Boseman  the young age of 43. Diagnosed with colon cancer in 2016, Boseman told few people about his condition as he continued to work in the following four years, with one of his final movies being last year’s 21 Bridges, where he costarred alongside The Girl actress Sienna Miller. While recently reflecting on her […] 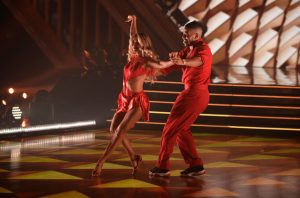 Nelly Dancing To His Own Song ‘RIDE WIT ME’ On DWTS

Tweet Pint it Share Hiphop star  Nelly  made his debut on Dancing With the Stars during the season’s premiere last night (September 14). Nelly’s first dance on “DWTS” was a salsa done to his throwback song, “Ride Wit Me” and included a backflip. “Dancing with the Stars” is back and better than ever with a new, well-known and energetic cast of 15 celebrities […] 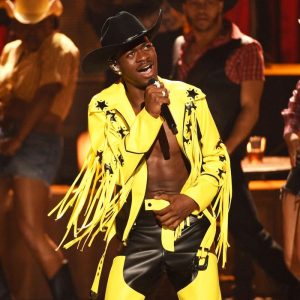 Lil Nas X Is Working On A Children’s Book

Tweet Pint it Share Lil Nas X announced on his Instagram Tuesday (September 15) that he’s working on a children’s book called C Is for Country, and it’ll be arriving early next year. “I’m dropping the best kids book of all time soon!” he captioned under a picture of the book. “C IS FOR COUNTRY, […] 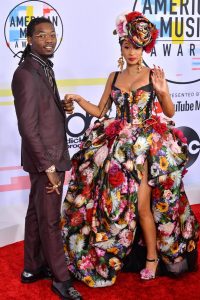 Cardi B Filed For Divorce From Offset In Atlanta

Tweet Pint it Share According to reports, Cardi B  filed for divorce from Offset   hip-hop star Offset, from the band Migos in Fulton County Superior Court in Atlanta, Georgia earlier today. The hearing is set for Nov 4, 2020.It’s unclear what may have caused the split, but the two are set to appear in court […] 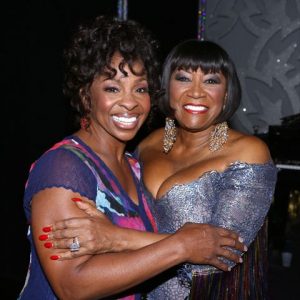 Tweet Pint it Share   The two legendary singers Gladys Knight  and  Patti LaBelle participated  in an Verzuz musical battle  during the Instagram live series, on Sunday, September 13 at 8/7c. “The Master Class we’ve ALL been waiting for! @MsGladysKnight vs. @MsPattiPatti 🔥 This Sunday at 5PM PT/8PM ET,” the official announcement reads. “Y’all gotta […] 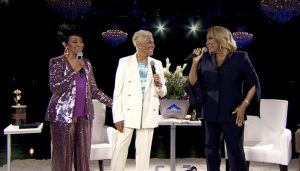 Tweet Pint it Share   Over 50,000 people celebrated  the music battle on Instagram Live between  legends Patti  LaBelle, 76, and  Gladys Knight, 76 .   They were entertained to  classics such as  “Midnight Train to Georgia” (Gladys Knight and the Pips, 1973) and “Lady Marmalade“ (Labelle, 1974), The Verzuz  musical  Battles  launched by producers Timbaland and Swizz Beatz in March, has been a musical escape […] 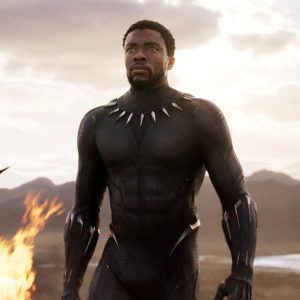 Tweet Pint it Share Chadwick Boseman has been laid to rest in his home state of South Carolina. The actor known globally as the titular Marvel hero in Black Panther passed away on August 28 after a four-year battle with colon cancer. Now, Boseman’s death certificate has revealed details of the battle which he had kept quiet […] 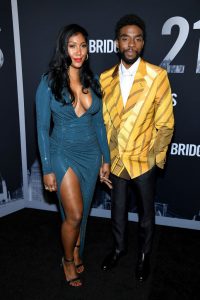 Tweet Pint it Share On Friday, Aug. 28, Black Panther star Chadwick Boseman died at the age of 43 after privately battling colon cancer for four years. In a statement released on his Instagram account, it was revealed Boseman was married to his longtime love. “He died in his home, with his wife and family by his side,” […] 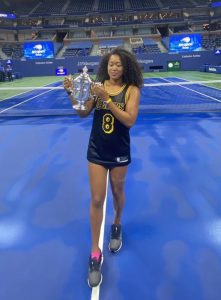 Tweet Pint it Share Following  her 2nd  US Open title win  Naomi Osaka wore  a Kobe Bryant Lakers jersey  saying: “I truly think it gave me strength.” During her post-match presser, the tennis star talked about Bryant’s belief in her and how he served as an inspiration throughout her career.     I wore this jersey every […] 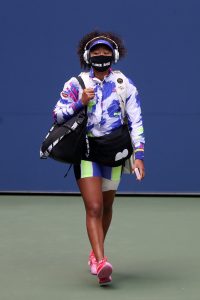 Tweet Pint it Share Naomi Osaka! At just 22, she has won the US Open for the second time .Osaka, a 22-year-old born in Japan and now based in the United States, arrived for Saturday’s match wearing a mask with the name of Tamir Rice, a Black 12-year-old boy killed by police in Ohio in […]