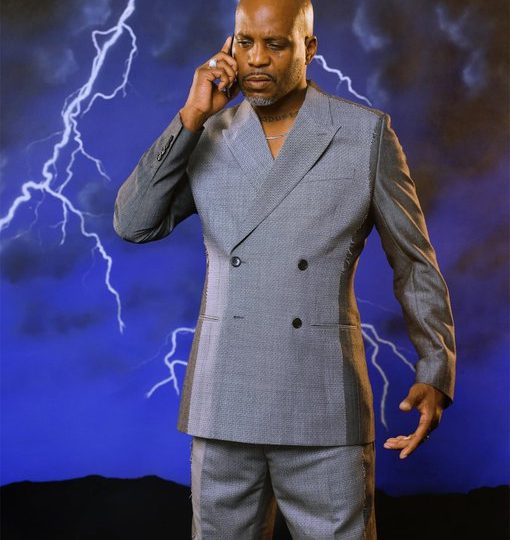 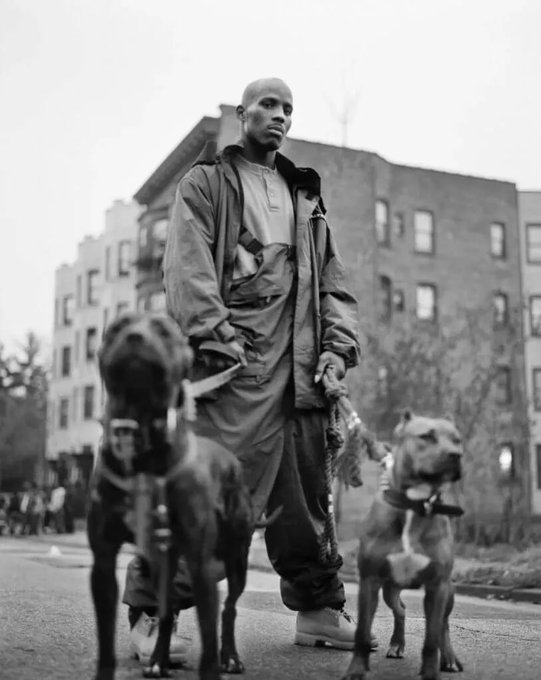 DMX, the New York rapper behind such iconic songs as “Party Up (Up in Here)” and “X Gon’ Give It to Ya” and the star of action movies including Exit Wounds, Cradle 2 the Grave and Romeo Must Die, died Friday. He was 50.

DMX, whose real name was Earl Simmons, died at White Plains Hospital in New York after being admitted April 2 following a drug overdose and subsequent heart attack. He had been on life support and, according to his former manager, in a “vegetative state.”

“Earl was a warrior who fought till the very end,” read a family statement. “He loved his family with all of his heart, and we cherish the times we spent with him. Earl’s music inspired countless fans across the world, and his iconic legacy will live on forever. We appreciate all of the love and support during this incredibly difficult time. Please respect our privacy as we grieve the loss of our brother, father, uncle and the man the world knew as DMX. We will share information about his memorial service once details are finalized.”

He openly struggled with an addiction to crack cocaine, and his drug problems forced him to cancel a series of scheduled live performances in 2019 and check himself into rehab.

An artist who defined hip-hop in the late 1990s and early 2000s, DMX eschewed the “bling” of some of his contemporaries, winning over fans and critics with his gritty hardcore lyrics and aggressive style that featured his unmistakable gravelly voice. The first five of his eight career studio albums debuted at No. 1 on the Billboard charts, and he sold well over 20 million records.

Born on Dec. 18, 1970, in Mount Vernon, New York, and raised in Yonkers, DMX endured a troubled childhood, experiencing horrific physical abuse from his mother at a very young age. He was in and out of boys’ homes for much of his youth, and it was in one of these facilities that he developed his interest in music and first adopted his stage name, short for Dark Man X.

In 1984, DMX began beatboxing for local rappers like Ready Ron, but amid a litany of legal problems, his career failed to gain traction. Still, he was garnering buzz for his demos, and his first single, “Born Loser,” was released on Ruffhouse, a subsidiary of Columbia Records, in 1992.

He was dropped by the label, but DMX’s underground reputation continued to grow as he became one of the most hyped unsigned artists at the time, a status enhanced by guest spots for LL Cool J and on the now-iconic Mic Geronimo single “Time to Build” in 1995. That song also featured guest spots from two other then-unknown rappers — Jay-Z and Ja Rule — and all would go on to dominate the charts and the culture in the late ’90s and early 2000s.

In 1998, DMX made his major label debut on Def Jam with the certified gold single “Get at Me Dog” and also that year released his first studio album, It’s Dark and Hell Is Hot, which also featured the popular club and chart hit “Ruff Ryders Anthem,” celebrating the Ruff Ryders record label and collective of artists and producers that included DMX, The LOX, Eve, Drag-On, Jin and Swizz Beatz.

It’s Dark and Hell Is Hot was a breakout hit, debuting at No. 1 on the Billboard 200 chart and selling more than 5 million copies. Freshly minted as a mainstream artist, DMX followed with Flesh of My Flesh, Blood of My Blood. He was the first living artist to have two albums debut at No. 1 in the same year.

Primarily produced by Swizz Beatz, Flesh of My Flesh, Blood of My Blood contains the singles “Slippin’” and “No Love 4 Me,” and though total sales dipped from his debut, the album still went three times platinum and kept DMX among the first rank of hip-hop stars.

His third studio album, 1999’s … And Then There Was X, would be his best-selling work, achieving five times platinum status. It was also nominated for two Grammys, including best rap album. The record contains “What’s My Name” and “What These Bitches Want” as well as his best-selling and best-charting single, the Swizz Beatz-produced “Party Up (Up in Here),” which landed a Grammy nom for best rap solo performance.

Also in 1999, DMX gave a memorable high-energy performance in front of hundreds of thousands of fans at the Woodstock ’99 festival that was captured on the album Live at Woodstock.

DMX’s next two studio albums, 2001’s The Great Depression and 2003’s Grand Champ, continued his streak of  No. 1 debuts, and he scored a Grammy nom for best rap solo performance for the single “Who We Be.” He would release three more studio albums, the last of which, Redemption of the Beast, coming out in 2015.

In addition to his solo output, DMX was a much-sought-after guest rapper, and his notable appearances included Jay-Z’s “Money, Cash, Hoes,” Mary J. Blige’s “Sincerity” and Faith Evans’ “How’s It Goin’ Down.”

DMX made his big-screen debut in 1998, playing the lead alongside fellow rapper Nas in Belly, the only feature from legendary music video director Hype Williams. A troubled production, Belly was widely panned, but DMX followed with a role in director Andrzej Bartkowiak’s Romeo Must Die (2000) alongside Jet Li and the late singer Aaliyah.

Romeo Must Die bowed at No. 2 at the U.S. box office and grossed $91 million during its run. The film would be the first of three collaborations between DMX and Bartkowiak, including Exit Wounds (2001), co-starring Steven Seagal, and Cradle 2 the Grave (2003), which would see DMX reteam with Jet Li.

DMX’s final film to have a wide release came in 2004 when he starred in Ernest R. Dickerson’s crime thriller Never Die Alone, which bombed at the box office. From the 2000s onward, he starred in several direct-to-DVD movies, including Last Hour (2008) with Michael Madsen and, in a reunion with Seagal, Beyond the Law (2019). His TV credits included episodes of Fresh Off the Boat and Third Watch.

In 2002, DMX published his autobiography, E.A.R.L., which detailed the harrowing abuse he suffered as a child at the hand of his mother and her boyfriends and his issues with drugs.

Dogged by legal issues throughout his life, DMX was arrested multiple times for drugs, robbery and animal cruelty, and he spent time in a West Virginia prison in 2018 for federal tax evasion.

He married Tashera Simmons in 1999, separating after some 11 years together. The couple had four children. 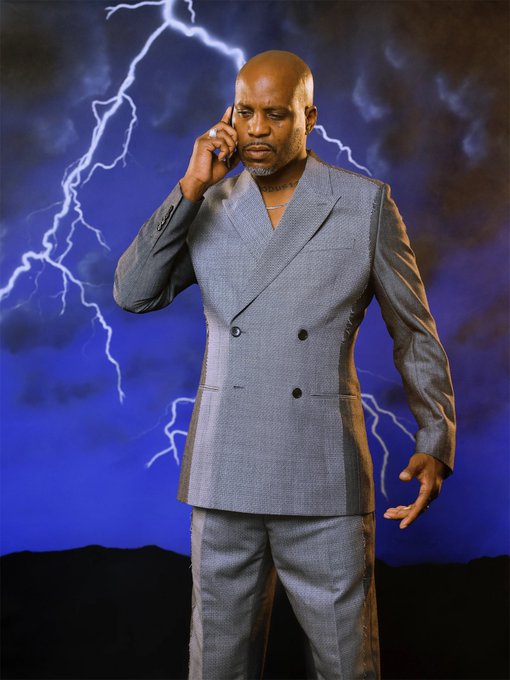 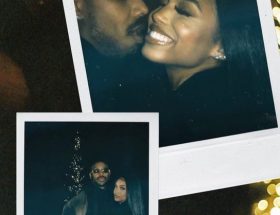 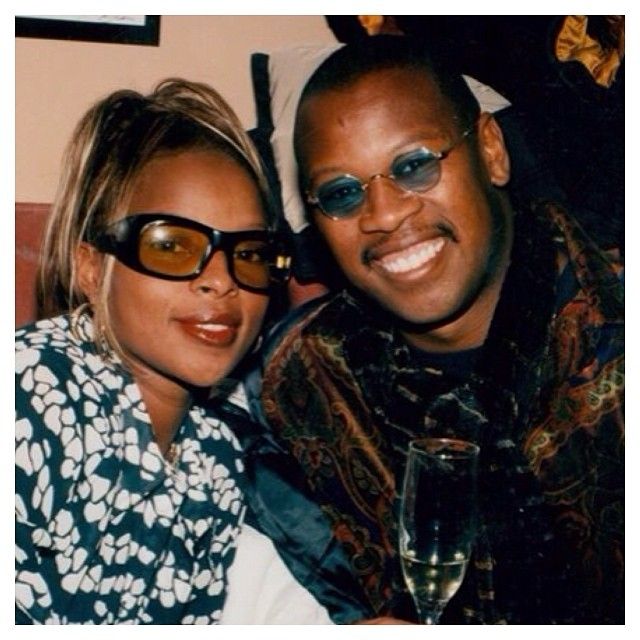 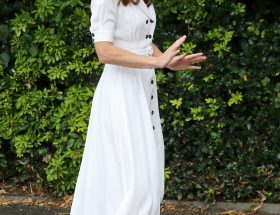