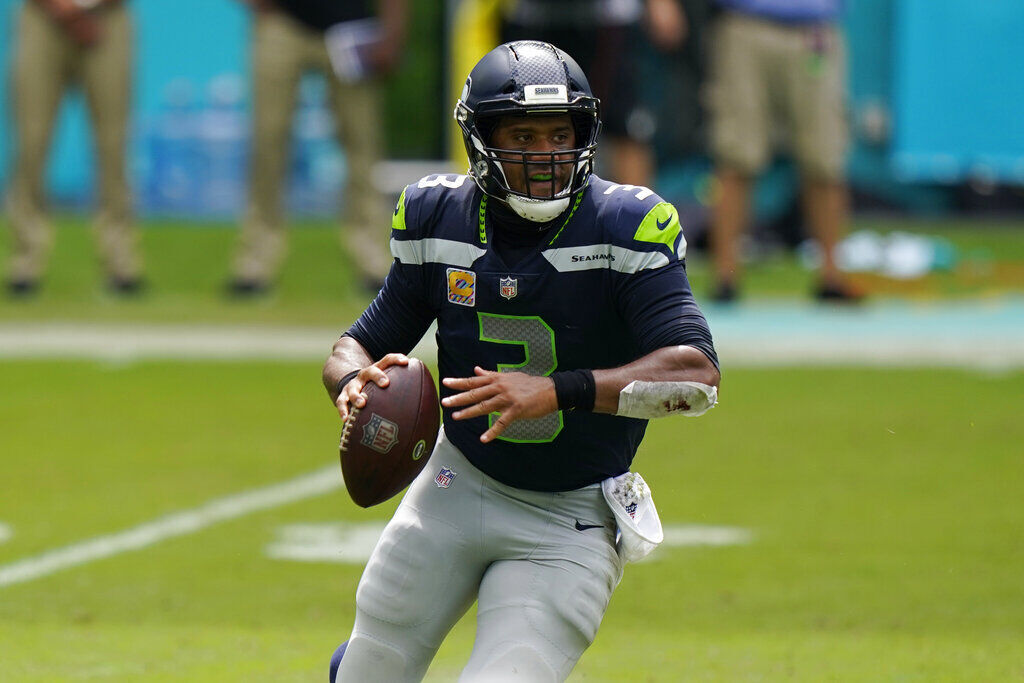 The Walter Payton NFL Man of the Year recognizes an NFL player for outstanding community service activities off the field, as well as excellence on the field.

Wilson takes over the award from Calais Campbell, who won the award last year while with the Jacksonville Jaguars.

All 32 Man of the Year nominees, one from each team, receive a $40,000 donation in their name to the charity of their choice, and Wilson get an additional $250,000 donation to go to charity as well.

Wilson and his wife, Ciara, run the Why Not You Foundation, which Wilson started in 2014. The foundation has donated over $9 million to Strong Against Cancer since its inception. Additionally, Wilson has made weekly trips to Seattle Children’s Hospital during his nine-year career in Seattle to visit with patients getting treatment. Those visits continued this year on a virtual basis due to COVID-19.

They pledged to donate a million meals to Feeding America early on during the pandemic. Additionally, Wilson helped encourage people to vote, appearing in commercial spots along with Seahawks head coach Pete Carroll, San Francisco 49ers tight end George Kittle and Atlanta Falcons running back Todd Gurley for the I AM A VOTER campaign.

“Russell Wilson has always prioritized serving his community, but this year, he met the challenge and more when it was needed most,” NFL Commissioner Roger Goodell said in a statement. “He has shown continued excellence on the field for nine seasons, but the work he has done to help youth and fight food insecurity through his Why Not You Foundation bolsters his lasting legacy. Russell is extremely deserving of this award and I know he will use this as an additional springboard to continue to positively impact others.”

It was Wilson’s second time being nominated for the award. His previous nomination came in 2014. Wilson is the second Seahawks to win the award behind Steve Largent in 1988.

Wilson was named to his eighth Pro Bowl for his performance throughout the 2020 season.