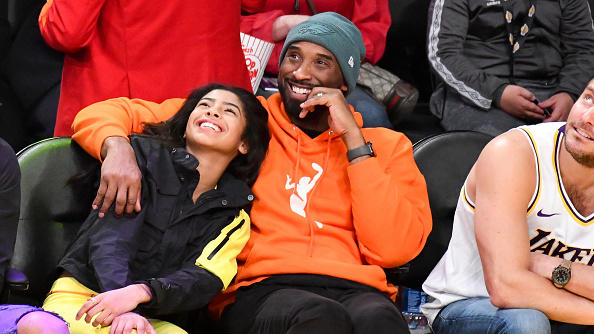 Vanessa Bryant, wife of the late Kobe Bryant, is urging Congress to pass a new helicopter safety bill named for her husband and daughter who were killed in a crash earlier this year. … Her comments come after Democratic lawmakers on Thursday introduced the “Kobe Bryant and Gianna Bryant Helicopter Safety Act.”

The 38-year-old has urged congress to pass a helicopter safety bill named after the NBA star and the rising basketball star. “I strongly urge that the United States Congress pass a federal law that would improve the safety of helicopters operating in this country,” the mother-of-four said in a statement. “I believe there is a chance that Kobe and Gianna would still be alive today if their helicopter had been equipped with the safety equipment required by this pending federal investigation.”

Kobe, who was 41, and Gigi, who was 13, were killed after their helicopter crashed in Calabasas, California on January 26. Six other passengers and the pilot also died in the accident. In February,Vanessa Filed a wrongful death suit against Island Express Helicopters . The 72-page suit, that was filed with the Los Angeles County Superior Court, urged that Island Express agents and employees, including the helicopter’s pilot Ara George Zobayan, were at fault for the fatal crash.

Meghan Markle Had Suicidal Thoughts & Was Denied Help From Royal Family
Dr. Dre Scores A Victory In Legal Battle Against His Wife
Snoop Dogg Explains How Master P "Saved My life" With No Limit Deal: