Young Thug’s Lyrics Used Against Him in RICO Indictment 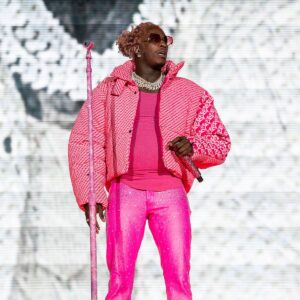 Rapper Young Thug faces a variety of accusations from  Atlanta’s Fulton County’s district attorney,   such as  he was allegedly a founder and active leader of the violent Young Slime Life street gang.

Nine of the rapper’s songs were listed in the indictment as evidence, as an “overt act in furtherance of the conspiracy.”

Such lyrics from the songs include “I never killed anybody but I got something to do with that body,” and “I killed his man in front of his momma.”

The indictment points to these words being used after the murder of Donovan Thomas, the leader of a rival gang. One of the people charged with his death- a member of Thug’s YSL label.

District Attorney Fani Willis answered whether the lyrics were protected under free speech.

However, 11Alive legal analyst Page Pate said it may be hard to use music as proof of a crime.

But attorney Darryl Cohen believes, coupled with other evidence, the lyrics add substance.

“It’s just piece by piece, by piece and taken by themselves. They probably don’t mean a lot, but when you put them together, what do you have is a big RICO conspiracy,” Cohen said.

Rapper Tekashi69 lyrics were used in his 2018 trial, where it was discovered he was not a gang member, even though he said he was in his songs

In 2016, rapper Tay K was convicted of murder, using a music video as evidence

And in 2018, rapper Vonte Skinner’s lyrics were used in his attempted murder trial. His conviction was overturned when the New Jersey Supreme Court ruled the jury wouldn’t have found him guilty, if they weren’t made to listen to the lyrics.

Still, Cohen believes Willis’s tactic of using Thug’s music as proof of gang activity- is the right way to go.

Thug’s attorney maintains Thug’s rap label is not a street gang and there’s no basis to include the rapper in the indictment.

Attorneys not associated with this case said even if Thug is a member of a gang, it will be a challenge to prove he had knowledge and intent of crimes committed by other members.

Jay Z says NO ONE can beat him in a Verzuz battle
Jersey 4 Jersey: Star-Studded Fundraiser To Benefit NJ Pandemic Relief Fund
Tory Lanez Says MTV Offered Him A Show After The Success Of Quarantine Radio