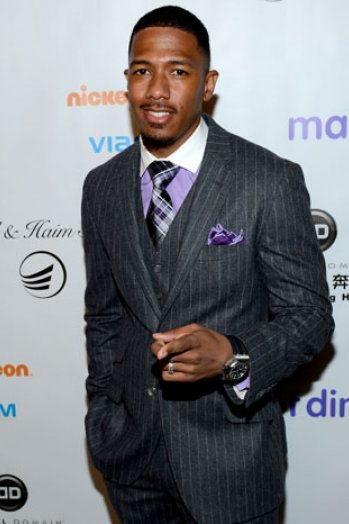 Nick Cannon has been fired for his past comments about the “power of melanated people” in episode of his podcast “Cannon’s Class” resurfaced online. In response to the scandal, ViacomCBS has issued statement in which it shares that it has cut ties with the TV/radio personality.

“ViacomCBS condemns bigotry of any kind and we categorically denounce all forms of anti-Semitism,” the Tuesday, July 14 statement read. “We have spoken to Nick Cannon about an episode of his podcast ‘Cannon’s Class’ on YouTube, which promoted hateful speech and spread anti-Semitic conspiracy theories.”

“While we support ongoing education and dialogue in the fight against bigotry, we are deeply troubled that Nick has failed to acknowledge or apologize for perpetuating anti-Semitism, and we are terminating our relationship with him. We are committed to doing better in our response to incidents of anti-Semitism, racism, and bigotry. ViacomCBS will have further announcements on our efforts to combat hate of all kinds,” so the statement continued.

In his opinion, the fear that the white people have leads them to act evil. He added, “They have to rob, steal, rape, kill in order to survive. So then, these people that didn’t have what we have — and when I say we, I speak of the melanated people — they had to be savages.” Nick went on calling them “barbaric,” saying, “They’re acting as animals so they’re the ones that are actually closer to animals. They’re the ones that are actually the true savages.”

Following the massive criticism, Nick took to his Facebook account to stress that he does not “condone hate speech nor the spread of hateful rhetoric.” He added, “I am an advocate for people’s voices to be heard openly, fairly and candidly. In today’s conversation about anti-racism and social justice, I think we all – including myself – must continue educating one another and embrace uncomfortable conversations – it’s the only way we ALL get better.”