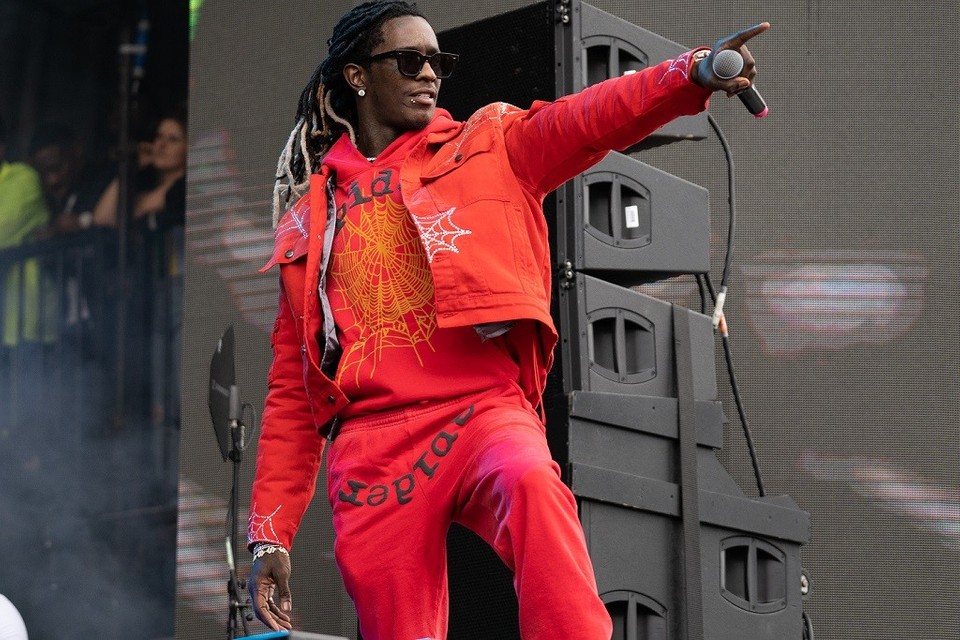 The popular rapper Young Thug was arrested in Atlanta on Monday, and faces a slew of accusations from Fulton County’s district attorney, including that he was allegedly a founder and active leader of the violent Young Slime Life street gang.

The New York Times reported that the lawyer for Young Thug, whose legal name is Jeffery Williams, said that YSL was not a street gang and claimed that the indictment was “baseless to include him.”

“Mr. Williams came from an incredible horrible upbringing, and he has conducted himself throughout his life in a way that is just to marvel at,” Attorney Brian Steel said.

On Tuesday, Fulton DA Fani Willis offered a few more details into the case in an afternoon press conference.

Between the indictment and Willis’ statements, here’s what we know so far about what Young Thug stands accused:

Several of the charges are related to social media posts, with references to “YSL” or “Slime” and alleged gang signs or captions indicating gang membership.

Many of the charges are related to Young Thug’s rap lyrics: Several of his songs are used as evidence in the indictment, as an “overt act in furtherance of the conspiracy.”

There are First Amendment issues with citing social posts such and musical lyrics such as in this case, according to 11Alive legal expert Page Pate.

He said they’re frequently used in RICO cases in Georgia, but that he thinks in this case it could be “problematic” for the prosecution.

“This is a very aggressive move by Fulton County prosecutors… I think here they may have gone a step too far, because they’re charging these individuals with criminal activity – crimes under Georgia law – which really may be limited to things they’ve said either on social media or in song lyrics,” he said. “And ultimately I think that’s gonna be a problem – the jury is going to want to see evidence that these individuals, each one of these individuals, actually committed some sort of crime separate from just being part of this organization.”

He added that “you can be tied up with other folks, you can be a member of a gang, and still not be held criminally responsible for what some other gang member may do unless you’re aware that that’s going on.”

“So I think that’s gonna be kind of hard to prove in this case. They have to show intent and they have to show knowledge. It’s not just being a part of a group, it’s gotta be more than that.”

The songs referenced in the indictment can be found below:

List of song lyrics alleged as evidence of gang activity