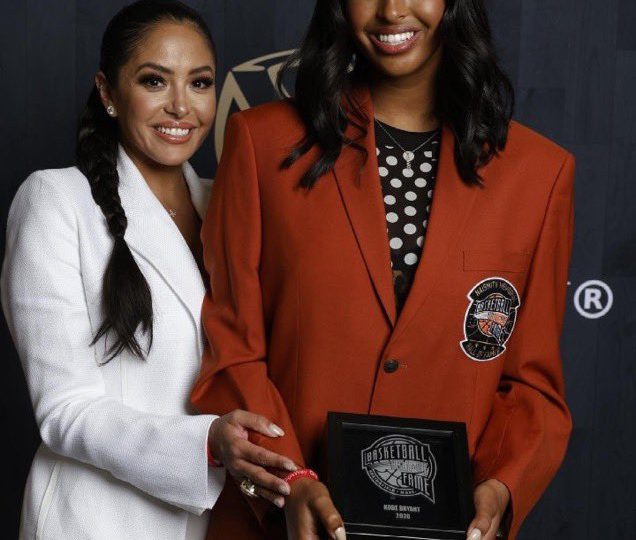 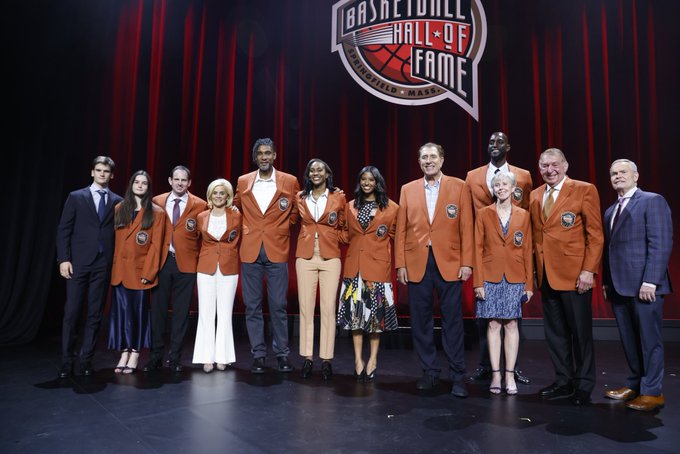 Ahead of Kobe Bryant’s inductee ceremony into the Naismith Memorial Basketball Hall of Fame on Saturday, his widow, Vanessa, and daughter, Natalia Bryant, accepted his jacket on his behalf during the Class of 2020 Tip-Off Celebration and Awards Gala. 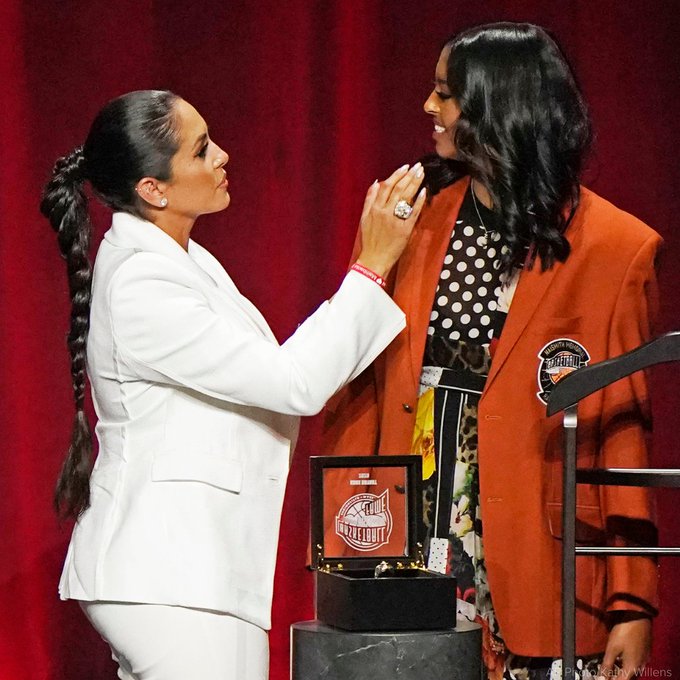 Kobe Bryant was emotionally praised by his wife Vanessa as he was inducted into the Basketball Hall of Fame on Saturday night.The Laker legend’s enshrinement came over a year after he, his 13-year-old daughter, and seven others went down in a helicopter crash on January 26, 2020, in the California city of Calabasas. During the ceremony, Kobe was praised by his widow, who detailed the all-star’s long list of accomplishments before he died.“There will never be anyone like Kobe,” she told the crowd in her tearful tribute. “He and Gigi deserve to be here to witness this.”She went on to praise her late husband as “humble, but bigger than life,” and said if he were alive, he’d have a “long list of people to thank for getting him here.” 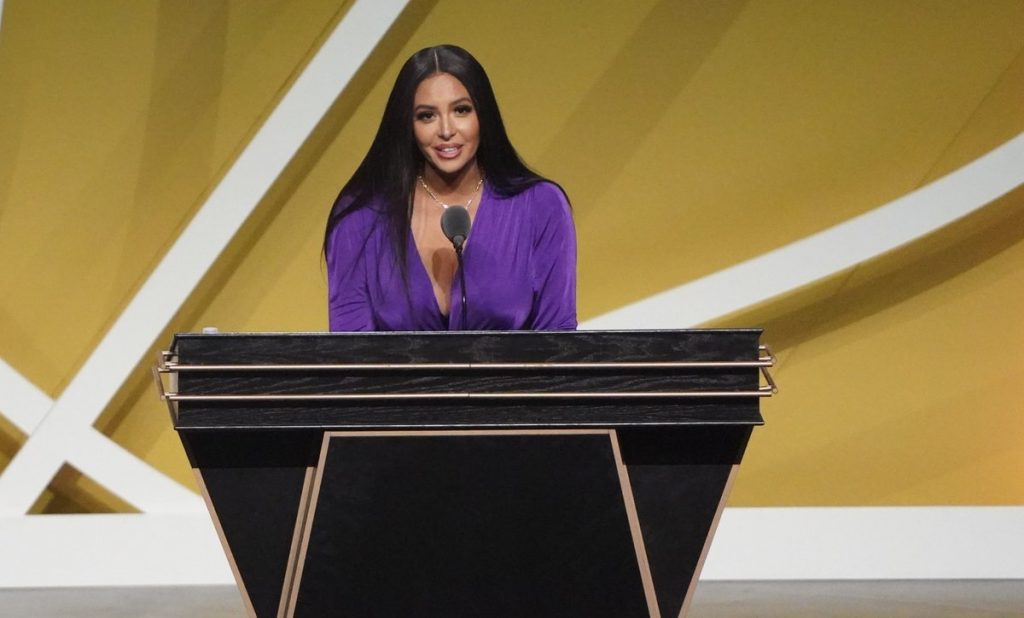 Vanessa said Kobe never wanted to disappoint his fans, especially people who “saved up money to watch him play.”

She said the NBA star would “play every minute of every game” if he could, because he “loved all of his fans so much.”

“You did it. You’re in the Hall of Fame now,” Vanessa said, while calling Kobe the “Mickey to her Minnie.”

You’re not just an MVP, you’re an all-time great,” she said before holding Michael Jordan’s hand and walking off the stage to a standing ovation as the crowd loudly chanted: “Kobe!” 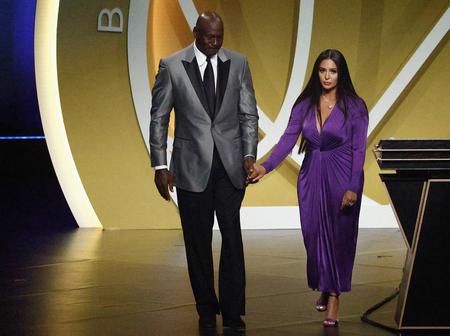 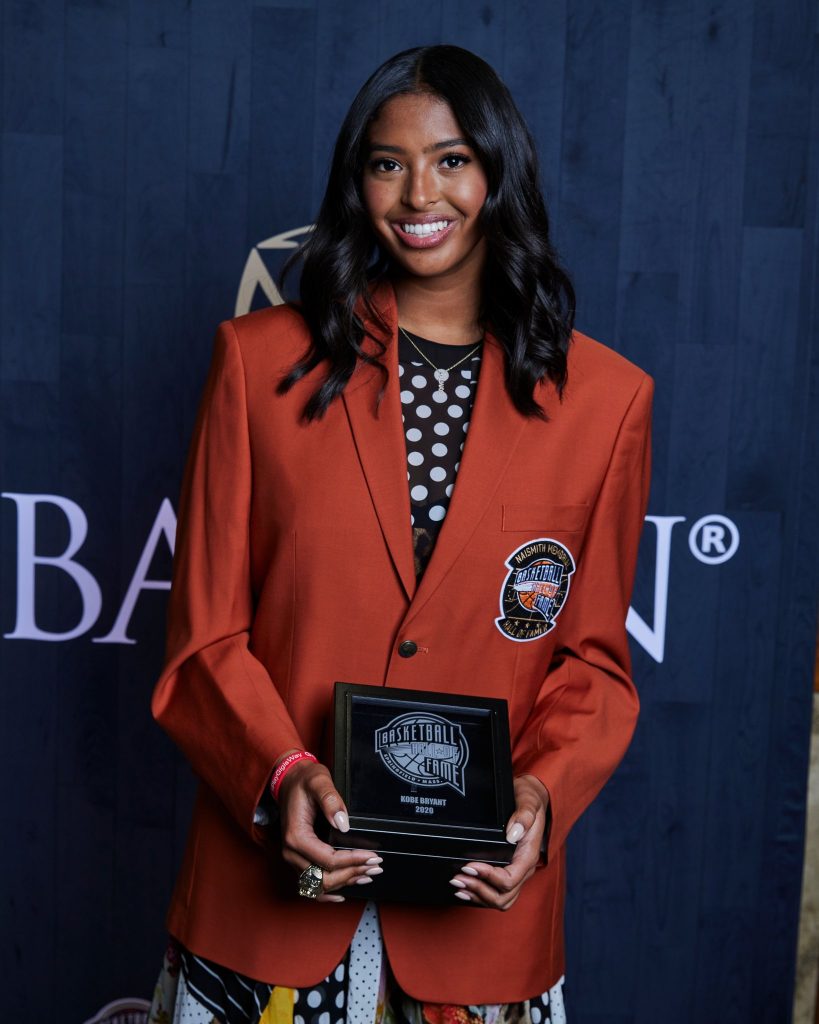 Kobe Bryant’s widow and his daughter Natalia accepted a ring and a jacket in honor of Kobe.

Natalia wore the jacket along with the ring as her mother stood by her side.

BROUGHT JOY TO THE WORLD’

Vanessa said Kobe “brought so much joy to our lives and around the world.”

She thanked him for being “the best husband and father” who learned from his mistakes and always tried to be better.

Vanessa explained that Kobe never wanted to miss a game and always played despite injuries.

“He didn’t want to disappoint his fans, especially people who saved up money to watch him play,” she said of the MVP.

“If he could help it, he’d play every minute of every game. He loved all of his fans so much.”

As Vanessa and Michael Jordan exited the stage, chants of “Kobe! Kobe! Kobe!” broke out among attendees.

Vanessa received a standing ovation from the crowd.

Vanessa hinted during the ceremony on Saturday night that Michael Jordan was Kobe’s favorite NBA player.

Kobe Bryant was official inducted into the Hall of Fame. Vanessa accepted the honor while standing with her girls alongside other inductees.

Kobe would thank all of the people who helped him get here, including the people that doubted him,” Vanessa Bryant told the crowd as Michael Jordan appeared to grin.

“After all, he proved you wrong.”

HEARTBREAKING END OF TRIBUTE BY VANESSA

“Dear kobe, thank you for being the best husband and father, learning from mistakes, trying to be better, never giving up on us, for all your hard work, for our family, our daughters,” she said.

Among his many accomplishments, including an Oscar and being named MVP, Vanessa paid tribute to Kobe’s biggest accomplishment, being the ‘very best girl dad’.

KOBE PLAYED THROUGH INJURY AS HE NEVER WANTED TO DISAPPOINT FANS, SAYS VANESSA

“If he could help it, he’d play every minute of every game he loved all of his fans so much,” she said.

“Kobe didn’t want to disappoint his fans – especially people who saved up money to watch him play.”

‘THANK YOU FOR RAISING KOBE AS EXCEPTIONAL’ SAYS VANESSA

Vanessa thanked Kobe Bryant’s parents at the Hall of Fame ceremony for raising him as ‘exceptional’.

I invited his parents tonight to thank them.

“Thank you for raising Kobe to be exceptional.”

“I’m sure he’s laughing in heaven because I’m about to praise him on one of the most public stages,” she said.

I can hear him now saying with a huge grin; isn’t this some sh*t?

WHERE TO BUY MAMBACITA CLOTHING?

Vanessa Bryant announced the launch of the Mambacita clothing line in an Instagram tribute to Gianna, who was also known as Gigi.

The clothing line is being sold through Dannijo, and almost completely sold out on the first day, according to Fox Business.

“When I thought about how best to celebrate Gianna’s birthday with so many who loved her, I knew it had to be a combination of sharing her bright and fun personality with her sense of purpose and passion that would help make a difference in this world,” Vanessa wrote on Instagram.

Gigi’s basketball nickname was Mambacita, which was similar to her father’s nickname of Black Mamba.

“I wish you were here with us. There are no words to express how much I miss you,” Vanessa would also write on Instagram. 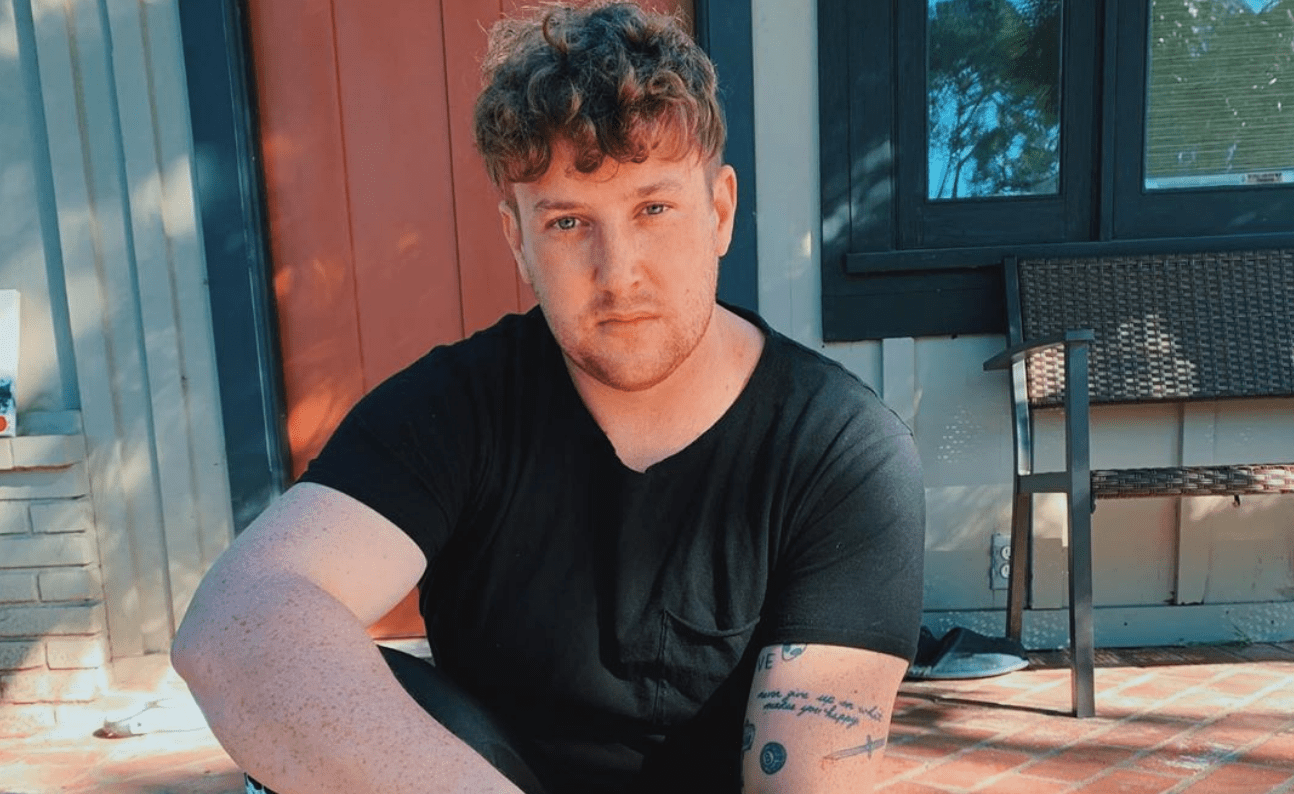 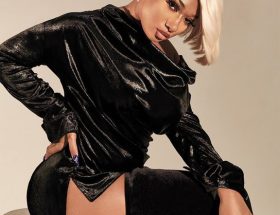