Snoop Dogg Explains How Master P “Saved My life” With No Limit Deal: 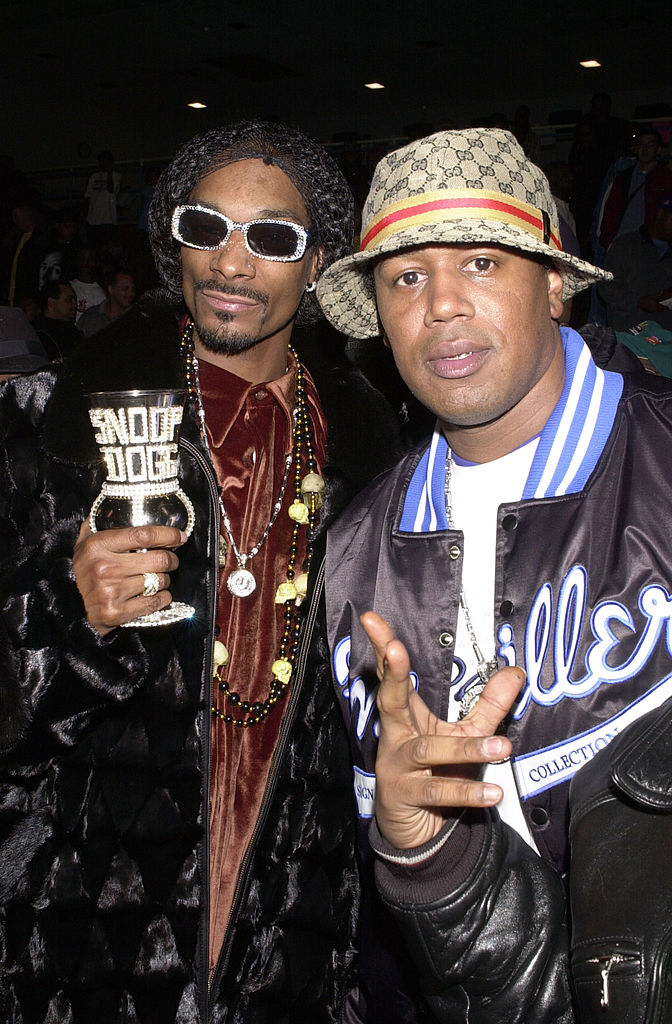 Snoop Dogg joined the Breakfast Club team on Wednesday for a social distancing-friendly hour-long discussion that saw the I Wanna Thank Me artist going deep on quarantine importance, a recent studio session with Dr. Dre and Kanye West, and how  MastEr P  saved his life with a No Limit deal.

“Do you realize that that saved my life?” Snoop said around 45 minutes into the interview when asked about the docuseries focused on the label. “Master P saved my life. I was gonna put an album out called F*** Death Row and Mack 10 was gonna give me a million dollars to put it out.”

The album, Snoop added, would have been released through Hoo-Bangin’ Records, which—like No Limit and other entities—fell under the Priority Records banner at the time.

The two had a discussion that ultimately resulted in Snoop hitting the studio to get on a song, at which point Master P—founder of No Limit—asked Snoop how much he wanted to be paid for his work that day. At this point in his career, Snoop remembered, he didn’t have a lot of money so he told Master P “15,” assuming he would walk away with $1500.

“I come back the next day, Master P wrote me a check for $35,000,” he said. “So I’m like, oh, I like this n****’s style. He called me to his office, he said ‘What you working on?’ I said, ‘I got this album called F*** Death Row. This motherf**ker hard.'” As Snoop remembers it, Master P then closed the door to his office and strongly advised against releasing such a project, telling Snoop “you ain’t gon’ live to see that album out.”

From there, Master P put together a deal that saw Snoop taking his family to New Orleans, where P told him to pick out a house. During this time, Snoop’s current home—as well as his cars—were still in Death Row co-founder Suge Knight’s name.

Looking back, Snoop said the F*** Death Row plans were “stupid” and amounted to “mass destruction.” And he’s grateful for Master P’s choice to advise against it.

Elsewhere, Snoop credited that aforementioned session with West—which inspired many to question Snoop due to his previous criticisms of West’s recent actions—to his loyalty for Dre.

“When I get there, [West] is there,” Snoop explained of the session, which he says was part of Dre’s production on an upcoming West project. “He’s playing me his sh*t, it’s sounding good. His mind sounds like he’s right. He [was in] the right spirit.”

Snoop also gave his assessment of the impact of Dr. Dre as a producer, particularly pointing to his ability to repeatedly find and polish new talent. As an example, he pointed to Eminem‘s years-long career.

“Eminem, the great white hope,” Snoop said. “White rappers had zero respect in rap. Let’s keep that 1000. None. He has probably put Eminem in a position to where he could be labeled as one of the top 10 rappers ever. I don’t think so, but the game feels like he’s a top 10 lyricist and all that comes with it … Dr. Dre helped him find the best Eminem that he could find.”

Asked to elaborate on why he wouldn’t personally include Em in any top 10 rankings, Snoop named a few of his own choices. And while Snoop says Em is “one of my brothers” and praised his creative output, he doesn’t believe his catalog is as essential in terms of hip-hop.

“But when you’re talking about this hip-hop sh*t that I can’t live without? I can live without that,” he said.