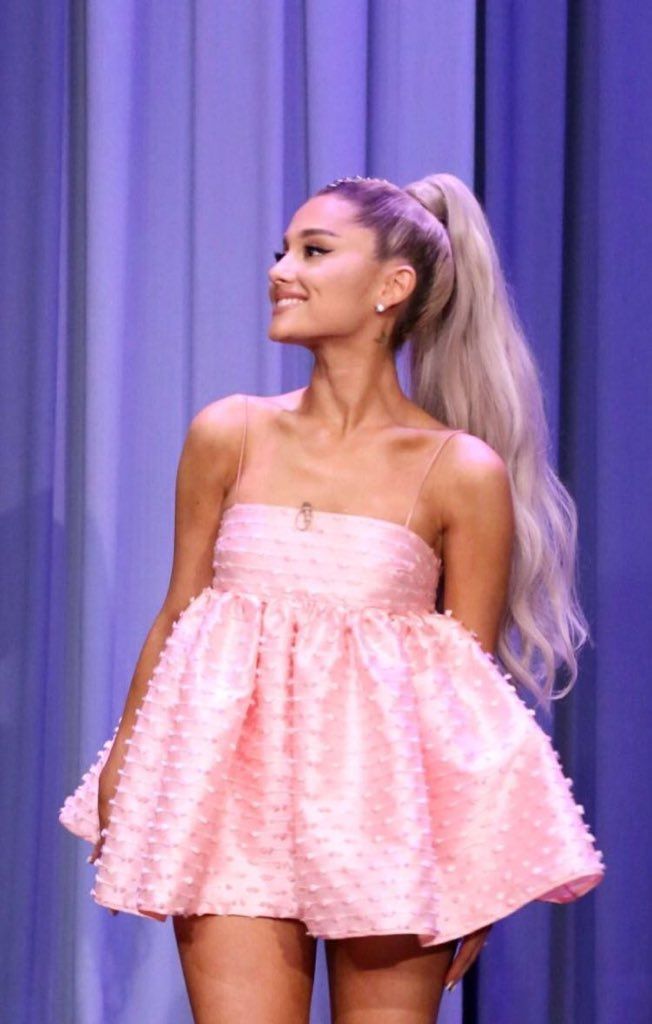 .@ArianaGrande & @justinbieber's "Stuck With U" officially debuts at No. 1 on this week's #Hot100 chart.

Ariana Grande has responded to claims 6ix9ine made against her on social media today.

In a post uploaded to Instagram on Monday afternoon (May 18), Ariana addressed Tekashi’s prediction that her debut at the No. 1 spot on the Billboard Hot 100 is a result of her team purchasing thousands of units of her and Justin Bieber’s record, “Stuck With U.” Just before Billboard announced that the hit song landed at the top spot, 6ix9ine said via Instagram that Ariana’s team had a hand in manipulating her chart numbers.

“I didn’t have a number one for the first five years of my career and it didn’t upset me at all because from the bottom of my heart, music is everything to me,” Ariana wrote in the caption for the Instagram post. “My fans are everything to me. i promise i couldn’t ask for another fucking thing.”

She referenced  those attempting to discredit the work of her and Bieber’s fans, whom she says are responsible for the success of their song.

“To anybody that is displeased with their placement on the chart this week or who is spending their time racking their brain thinking of as many ways as they can to discredit hardworking women (and only the women for some reason…..), i ask u to take a moment to humble yourself,” she continued. “Be grateful you’re even here. that people want to listen to u at all. it’s a blessed position to be in.”

Before thanking Billboard for the honor, Ariana congratulated the other artists who snagged spots within the top 10 of the Hot 100 chart this week, including Doja Cat and Nicki Minaj, who came in at No. 2 and 6ix9ine, who debuted at No. 3 with “Gooba.”

“Congratulations to all my talented ass peers in the top ten this week,” she added. “Even number 3.”

Ariana Grande’s manager, Scooter Braun, who reps Bieber as well, stepped in the social media ring to chime in on the accusations made against his clients and their No. 1 song.

“Only domestic streams are counted for a domestic chart. If someone is counting their total they aren’t counting correctly,” he said. “Two…We never disclose out sales until end of week. That is called strategy and is and always has been our policy. Three… Nielsen and billboard rules state clearly one credit card can only buy max 4 copies. Anything above that the entire amount gets thrown out. They review that. All must be confirmed. Which is was. No one should discredit your amazing fan base with lies.”

Scooter also confirmed that there was an investigation into the Billboard calculations this week, as 6ix9ine mentioned in his IG video about Ariana’s record. However, Braun said the inquiry was into bot activity regarding a music video.

“Yes there was an investigation this week but it was in to a video that had 6 times the amount of paid bot activity than the normal view,” he said. “That video was not ours.”

6ix9ine   continued to question Billboard and also allege that Ariana’s team used six credit cards to purchase 60,000 copies of her “Stuck With U” record.